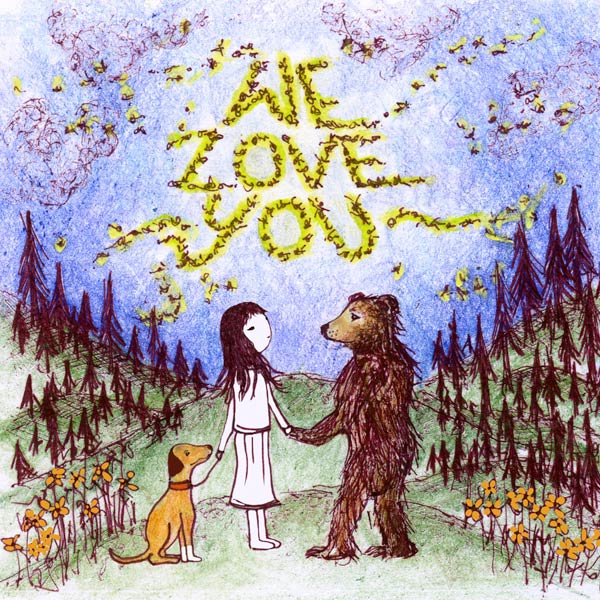 It was a red-letter day in the Treetops calendar, and the villagers had gathered to honor Dana Bear, their beloved friend and owner of global food-truck, Pinker than Tin. Dana Bear had spent his life feeding and nourishing whomever he met, and it was finally his turn to be celebrated.

As he sat down to enjoy the decadent peanut-butter pie that Tiny had ordered from the Let Them Eat Cake Bakeshop, the residents of Treetops–human, bird and beast–stood in the receiving line that was already stretching around the perimeter of Misty Ripple Meadow. As they approached Dana Bear with a hug, a handshake or a whisper of friendship, they were rewarded with a fortune cookie, pressed lightly into the palm of every hand, beak and claw.

Twilight soon took a bow, setting the stage for the highlight of the evening, the Dance of the Fireflies. One by one they filled the sky, weaving and whirling in formation, punctuating the blackness with their enchanting light. Words began to form on the celestial canvas,
“Shine your light, dig deep, dream strong,
It’s to this Earth that you belong. We love you, Dana Bear.”

Dana Bear was undone, there were no words to describe the profound love that filled his heart in that moment. The villagers watched in silent awe as shooting-stars skated across the sky.
“Are you alright, Penny-dog?” asked Tiny, placing her arm tenderly around her teary-eyed friend.
“They are happy tears, Tiny. I’m going to dedicate my wish to Dana Bear, so every day is filled with joy.”
Tiny squeezed Penny-dog tightly as she held Dana Bear’s gigantic paw, “And I’ll double that wish. We love you Dana Bear!”